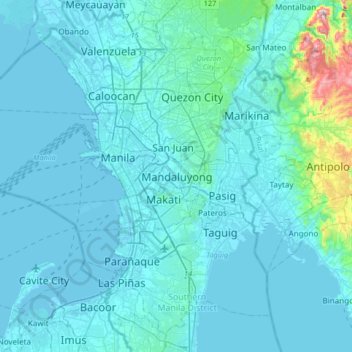 Another claims that the Spaniards named the place based on the report of a navigator named Acapulco, who saw the rolling hills frequently being lashed at by daluyong (“big waves from the sea”). This seems to confirm traditional pre-Hispanic stories that giant waves from the sea would meet the adjoining hills of the vast lowland, referred to as salpukan ng alon. Felix dela Huerta, a Franciscan historian, observed that the rolling topography of this land resembled giant waves of the sea. As with the etymological legends of many Philippine places, when the foreigners asked as to what the place was called, the locals answered with the description "madaluyong" ("undulating"), later transcribed by Spanish writers into "Mandaluyong" with the addition of an “n”.