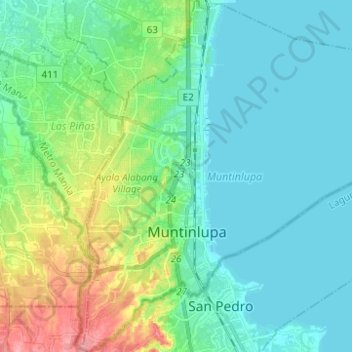 There are three plausible origins of the name of the city: First, is its association with the thin topsoil in the area; second, residents, purportedly replying to a question by Spaniards in the 16th century what the name of their place was, said “Monte sa Lupa”—apparently mistaking the question for what card game they were playing; third, the topographical nature of the area, where the term Monte or mountain was expanded to Muntinlupa or mountain land. Based on the 1987 Philippine constitution, it is spelled as Muntinglupa, instead of Muntinlupa.